The Campaign for Regional Broadcasting Midlands aims to promote the Midlands as a place to create and make television & radio. There has been a gradual migration away from the region by the major broadcasters and the result is that this important, diverse and highly populated region is now virtually absent from the airwaves. 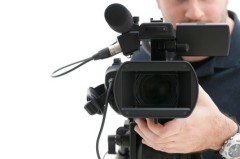 We will make the case for a fairer and more equitable share of broadcasting expenditure in the Midlands. The talent is here and we have an enviable location - at the centre of the UK population, close to everywhere.

We care about broadcasting too

Our campaign is not just about the region. We also firmly believe that to maintain its vitality, broadcasting requires a stronger presence in the regions. A presence where programmes are made and where ideas are conceived. Certainly, a region as large or vital as the Midlands deserves more facilities than just local news studios.

The way in which people gather information and obtain their entertainment is now changing so fast that the BBC and other mainstream broadcasters will find their role is diminishing and with it, the relevance and esteem that many people hold for them.

We have been saying this for years, even when it was unfashinable: The public service broadcasters need to get closer to their audience. This could mean an expansion of local radio and at least half of all national TV and radio programme making expenditure should be spent across the English regions and the nations. Not only would the broadcasters be closer to their audiences but crucially, they would offer a greater vibrancy and diversity of output.

Any UK broadcaster that gets closer to its regional audiences offers a unique proposition, something that we believe is vital if public service broadcasting is to survive a multi-platform world in which news, information and data is available from hundreds of - but often distant - sources.