The case for the Midlands 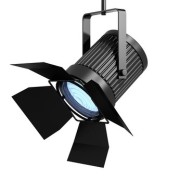 Did you know? The television and radio broadcasters in the UK generate annual revenues of at least £14.5 billion from the licence fee, advertising and subscriptions and spend approximately
£6 billion on 'original content' (making programmes).

How much of that expenditure is in the Midlands?

Precise figures are hard to come by but we estimate that little more than £100 million is spent on radio and TV programme making in the East and West Midlands each year. In other words, less than 2% of programme making expenditure comes our way.

With figures like these, it is obvious that the Midlands is now severely under-represented by the broadcasters. In recent years, much needed investment and jobs have gone elsewhere whilst cutbacks have led to the closure of 3 major studio facilities in the Midlands (2 in Birmingham and 1 in Nottingham).

The result is that the profile of the Midlands region in the national consciousness has significantly diminished - thanks to a broadcasting establishment that divides England into two areas: London and 'outside the M25'. This last designation is often seen as being one large area, somewhere north of Watford. In fact, there are several component and separate parts to the nation. It is too simple to think of England as being divided into two parts, not alone the United Kingdom.

Somewhere in the middle, not being north or south, the East & West Midlands have become ignored and largely forgotten regions. The 11 million people who live here do not see themselves, their localities, hear their voices or get the chance to share their talents and creativity as easily as some other - more recognised - parts of the country can.

The case for the Midlands: Population

The case for the Midlands: Historical perspective